I love that happy and relieved sigh that comes with good hair. You unwrap / let it down / untwist and hold your breath for the worst, but when it goes like this >>>>>>> everything is just bloody fantastic.

Call it vanity, but if you don’t have hair like mine, or Afro hair, you simply don’t understand. The struggle is real and when I say it’s a relief that your hair looks good, it fucking is. 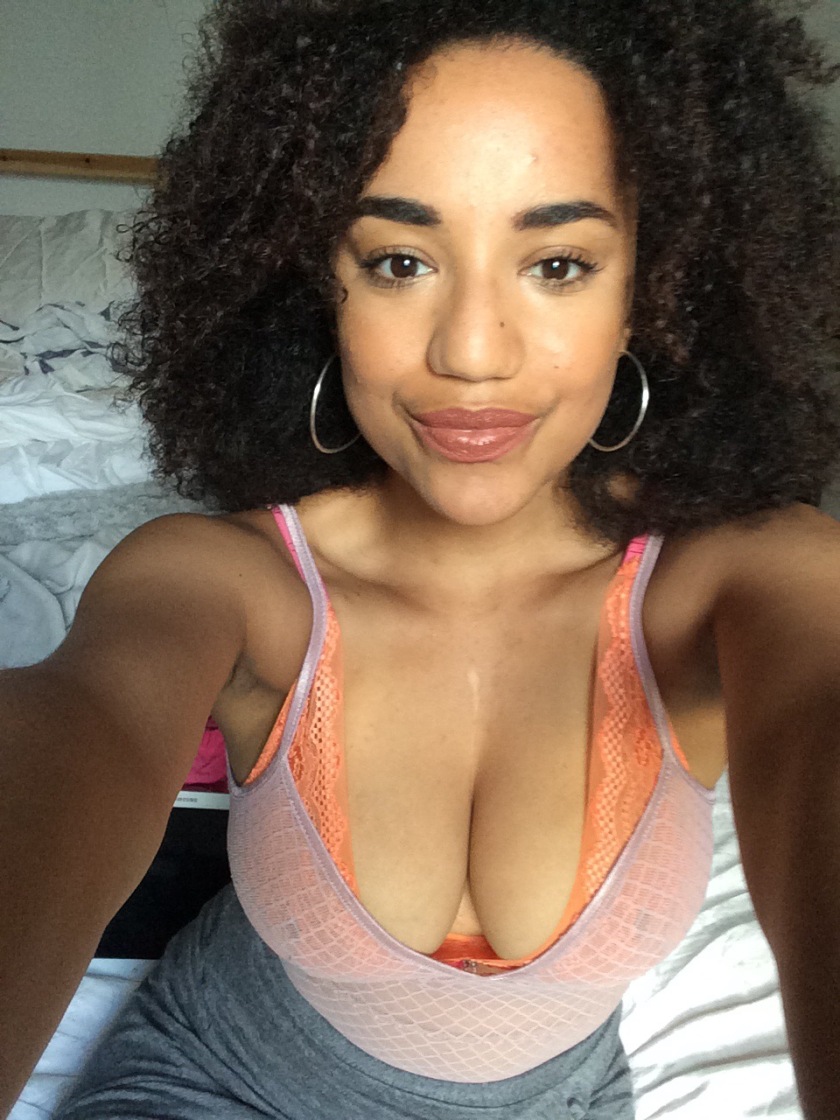 But more about the story behind this hair. It was my friend’s birthday and I had planned on having my hair out (!) no cause for alarm, it just meant I needed to prepare. I had ‘washed’ my hair and put plenty of conditioner in it on Friday morning (the day before). Only Saturday afternoon (4.30pm) did I take my hair out, and in my opinion, it came out lovely.

Time is essential when it comes to the look and feel of my hair. I can’t speak for everyone, but it’s a key factor with my hair. Firstly you need to be patient. Then you must allow the conditioner to do its work. That means thoroughly putting enough in your hair and leaving it to condition. It sounds obvious, but I cannot tell you the amount of times I have hurriedly put conditioner in my hair and the results were dire (white blobs through damp/dry/lank hair).

This seems rather tedious I know. Waiting, hoping and praying for good hair, but my hair is in the best condition of its life, so I’m sharing.

So we’d been out for about 8 hours following the untwist of my hair. When we got back home around 12.30 my hair looked like this: 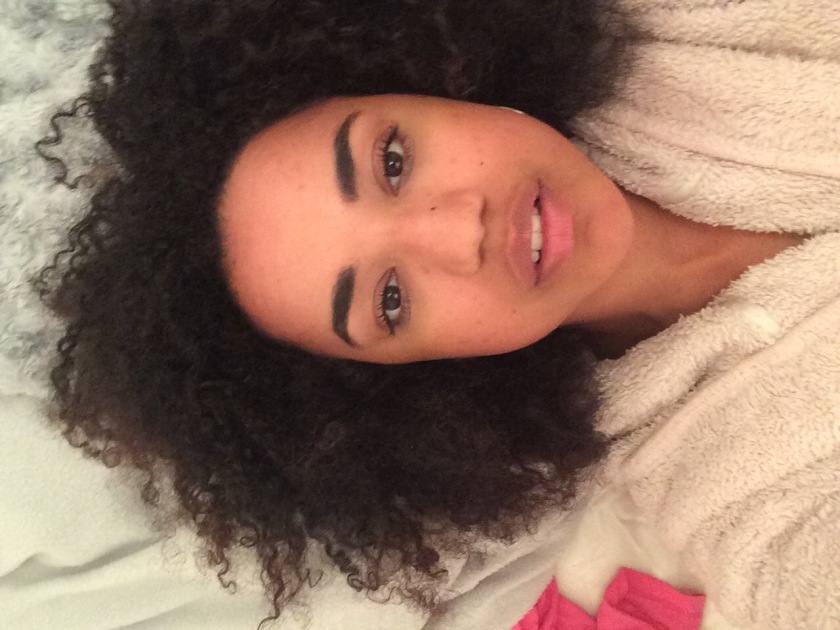 I couldn’t complain. It has bushed a little, but I like that kind of body. It had basically retained its shape and stayed big. I really think it’s due to both the time it was ‘held’ in one place thanks to the bun, but also quality if my hair conditioner. 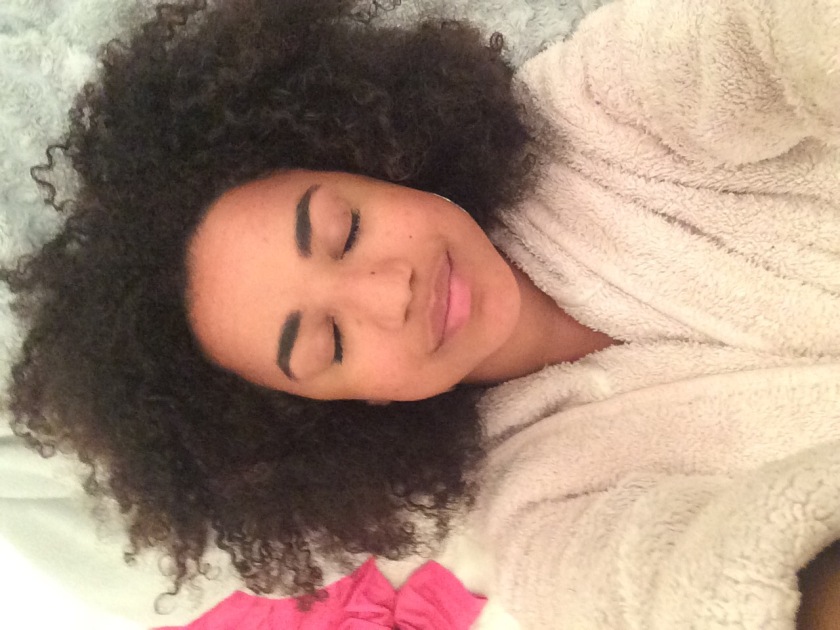 Interestingly with the above picture my hair was dry as it could be considering I’d not put any conditioner anywhere near my head for 6 days. Amazingly, however, it looked like this. Now I like it when my hair does this. It’s typically like this after 5 days of not washing, but I might put something in it. Clearly my hair was thriving on what was in it initially and it stayed good! Whoo!!!

Firstly, it’s just hair,  something that naturally grows out of my head,  like every othee human being,  unless you have some sort of condition, hair grows.

I need not explain that because of my parents parents being from Ireland and Jamaica,  my hair is curly, not afro, not bushy, curly.

Recently a work colleague asked what the ‘craziest’ thing was that ‘got stuck’ in my hair. I resisted he urge to punch him, face palm and scream in frustration because I am an adult and no one gets anywhere with anger.

I like to think I’m a respectable individual who refrains from rolling around in the grass too often, putting things like yogurt, chocolate,  peanut butter and all things good and wet, anywhere but my mouth and generally not dragging myself through a bush, lest my person becomes stickied, hurt, or otherwise attacked by wildlife.

So when faced with the question, how did I answer? Calmly I’ll have you know. I explained that I don’t put things in my hair that shouldn’t be there. A comb to separate, a brush to detangle, and most obviously product, I then asked: what do you guys put in your hair?

I know He was hoping I’d say a bike, or more realistically, a brick,  a carton of juice perhaps. As he sat there crestfallen, others jumped in asking if I’d not put pencils, or a shoe in my hair? Maybe that’s what they get up to in their spare time,  but, for safety reasons alone, I’d rather not.

In hindsight I realise I probably should have punched him and explained that not only does he come across as dumb,  ignorant and immature, the word racist resounds in my head.

I can only hope he asks the wrong person one day, and maybe then he’ll understand.

I have had coffee this morning. Slightly stupid because I never drink it because it makes me HIGH as a kite, but I need to be sprightly this morning. Anyways…hair.

I thought I’d throw back to last week. My hair looked like this:

This is with plenty of my home made conditioner run through my hair the day before, post wash (I’ll explain how I wash my hair in another post), it being put in a bun all day and sleeping on it.

That was my hair all of Saturday. Sunday it looked like this:

Pretty much the same but a tad drier, as expected. The sun was out all day on Saturday and I’d been tanning my limbs.

Now while I like my hair in the above shots, I LOVE it when it dries out a bit more and has more softness and movement. This takes time. Tuesday my hair looked like this:

See what I mean? So having your hair just how you like it, is, usually a process for me.

How long does it take for you to love your hair? Post wash and condition? Do share.

So, I’ve practiced the exact same process I go through with my hair to get it to hang and look exactly how I like it, but interestingly today I have different results (AND LOVE IT!)

Sorry about the face

Today it’s bigger, slightly drier and it looks longer? I don’t know how. Perhaps I unconsciously realised last week I may have had too much product in my hair? But it looked so good?

About a week ago

Note this is the second time I’ve used the batch of my home-made rose and lime leave in conditioner, unlike my typical Rosemary batch.

God I love it

Do you get varying results too? I’d love to hear from you.

So I’m starting a hair blog.

Let me just explain how this isnt a narcissistic post, but my story on how and my i stopped straightening my naturally curly hair, and how its becomd longer, stronger and bigger (yay), than before.

Now that the disclaimers done… I moved to London in April 2014. The previous Christmas I said I wouldn’t straighten my hair for a year. A year and eight months on and my hair has not been in contact with any heat apart from the glorious sun, when I’ve been on holiday.

Not straightening my hair was a big deal. Huge. I was always the twin with the straight hair. I hated the annoying, hard-to-get-a-brush-through curls that just wouldn’t look pretty. Looking back now,  I was simply impatient. 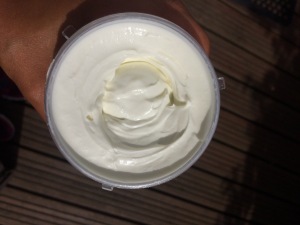 Isn’t hindsight wonderful? Anyways, I’d been turning to natural body butters and oils for about five years and started to research the benefits of  certain oils for my hair. It made sense not just to add them to my hair conditioner, but buying the oils and applying them to my scalp and waiting for the miraculous results. The results weren’t miraculous, not the first few times where I’d put oil on my scalp in the vain hope my curls would somehow define themselves.  Nah, it takes time, but mostly a willingness on your part. Hair needs both water and oil to make an emulsion – this I only realised about a year ago when I first made my own conditioner, 100% natural conditioner that I absolutely love and will always use. I say that, but just sometimes, if I’ve run out of my own typically and I’m low on igredients, I’ll turn to natural brands: Avalon Organics rosemary conditioner and Sukin Organics protein conditioner.
I absolutely adore the rosemary Avalon Organics  conditioner, not least because rosemary is fantastic for dry hair and penetrators the hair shaft, but it conditions my hair so well and leaves my curls defined for a whole week (I’m really not exaggerating).

With Sukin it’s all about the smell. It’s just lovely and I always get  compliments on my hair when I use it. Yes it makes my hair conditioned for up to four days, which is nice because who can be arsed conditioning their hair every day? But it smells just lovely, with a blend of rose, vanilla and other essentials that make it sweet and herbal.

I’ll talk more about the products I use later, but my point is that curly hair needs both oil and water, not just oil as I found out on numerous occasions. This is helped through an emulsifier,  which is in every conditioner on the market because it blends oil and water resulting in the white creamy stuff that you put on your hair post -shampoo.

I feel as though I both have and haven’t said all I’d like to, but this is my update until now.

Please comment and share your hair story, why did you decide to go natural? Are you transitioning? I’d love to know.

Here’s a time line of my hair story. It’s been a mix of trial and error regarding products, but not o lying have I found not straightening my hair again made my hair grow faster than before, but happiness. I’m serious. Like the song goes, if you’re happy and you know it clap you hands. I have plenty to clap, no sing about these days.

I know it’s only a few photos but as you can see by the third photo my hair was considerably longer than what it had been.

I’ll post some recent pictures, but just to illustrate my point, length takes time and although it had been just under a year (10 months in fact), my hair was longer than it had been in years. And it keeps growing.

Too long have I lusted after the locks of others, so I started to treat mine with home-made natural products. Two years on, here I am with stronger, fuller, longer and softer hair than I’ve ever had.

Follow my journey for hair that retains its bounce without much effort. It sounds ambitious, but I’ve got this far (and four inches longer), doing it my way and shunning the ‘natural’ products on the market in favour of making my own, naturally of course.